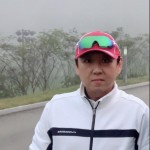 Queries no tuned can also be an overhead to performance across the cluster, causing high delays. In Oracle Database 10g, four new columns have been introduced to help identify queries that are perfoming poorly in general and specially in a RAC environment.

Using the CLUSTER_WAIT_TIME column in the GV$SQLSTATS view, queries that are experiencing cluster-related waits can be identified and tuned. For example, the following lists the SQL queries, giving the wait times experienced at various stages of the operation:

Once the queries with high cluster wait time have been identified, a specific query can be retrieved using the SQL_ID.

The latency of a consistent block request is the time elapsed between the original request and the receipt of the consistent block image at the local instance. Using Gigabit Ethernet interconnect, this value should normally be less than 5 ms and should not exceed 15 ms, although this can be affected by system configuration and volume.

If you have ensured that the interconnect is configured correctly and you are still experiencing high average latencies, consider reducing the value of DB_FILE_MULTIBLOCK_READ_COUNT. This parameter specifies the number of blocks a process will request in a single operation. The process will have adjust this parameter, carefully assess the impact on the entire workload.

High average latencies may also be caused by a high number of incoming requests or multiple nodes dispatching requests to the LMS process.

WHERE name = ‘global enqueue get time’

WHERE name = ‘global enqueue gets sync’

WHERE name = ‘global enqueue gets async’

In the preceeding example, the average global enqueue time is 14.6ms, which is within an acceptable range. If this figure is greater than 20ms